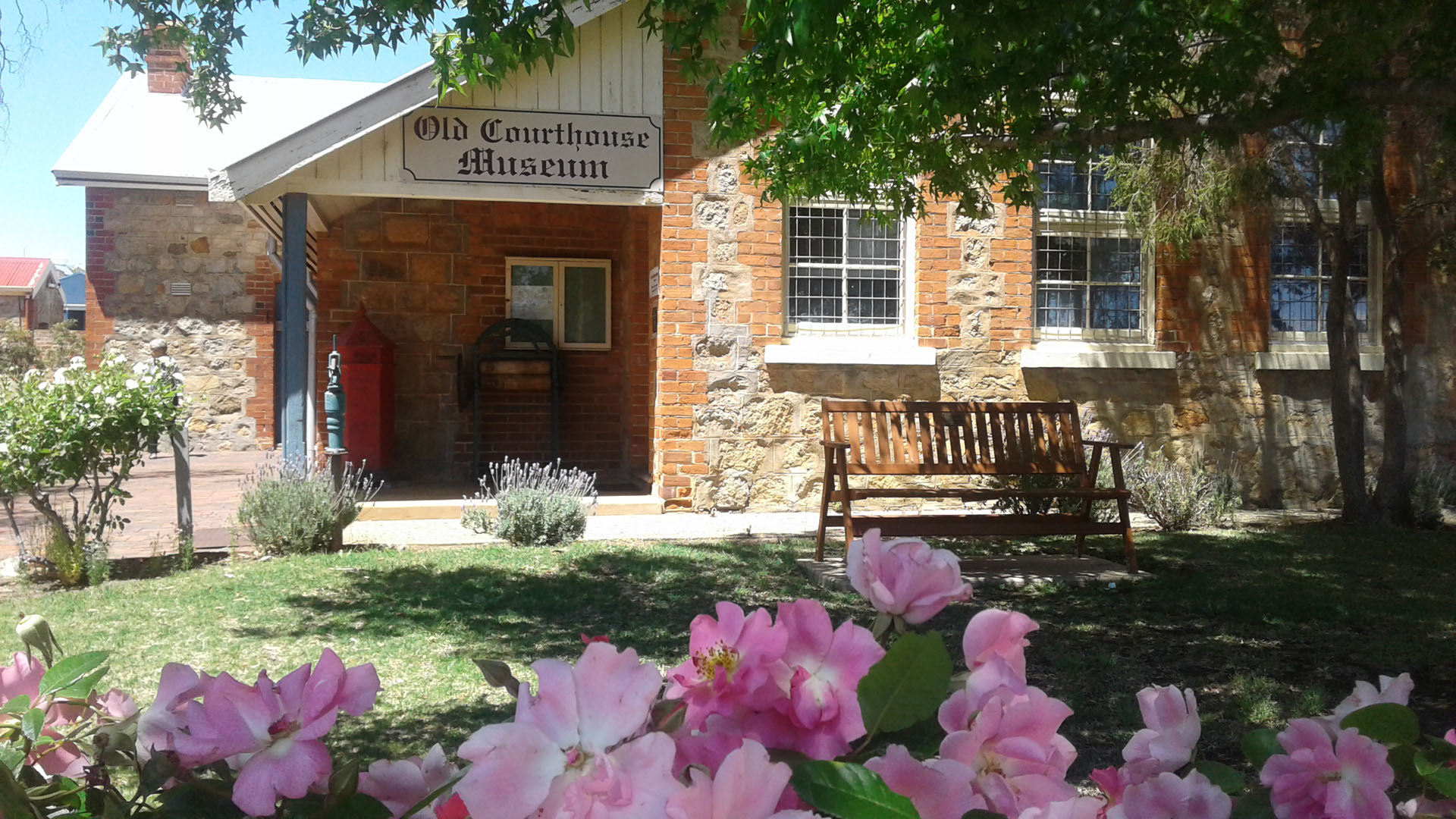 Came to Narrogin from Britain in 1924 to manage a newly established pottery and arrived to find that the kilns were installed wrongly. Unfortunately the business failed and Barker moved on to Albany in 1928. His paintings and ceramics were exhibited in 1984 in Perth and Albany in an exhibition organised by the Centre for Fine Arts University of WA. Samples of his work are on permanent display at the Narrogin Courthouse Museum. Including the portrait of Senator Edward Bertram Johnston painted in 1925, three watercolour paintings and samples from the Narrogin Pottery Company.

Has a claim to being the first white child born in Western Australia. After resigning from the Police Force (after serving 13 years), he received a gratuity from the Imperial Government of 50 acres of freehold land, in which ever portion of the State he might choose. The homestead was one of the first established in the Narrogin district in 1870 and is still in use today. In 1896 he held the licence to the Bullara Hotel (now the Cuballing Tavern).

Regarded as the 'Father' of Narrogin. Arrived in WA in 1857. He encouraged the establishment of the town and erected the first hotel on the Great Southern Railway in 1888 as well as buying land in the surrounding area with an eye to future development. First Chairman of the Narrogin Road Board in 1903 and Mayor of Narrogin 1911-1914.

Established a Doll Factory in Narrogin 1918-1923 at 18 Glyde Street because of import restrictions. The dolls were made from limited available materials. Two thirds of production went to the Eastern States. One order in 1921 sent 10 tea chests full of dolls to Sydney. 8 -10 workers employed at the factory with maybe 21 piece workers sewing clothes at home. In 1922 they won prizes at the Royal Show. The factory closed when import restrictions were lifted and cheap dolls flooded the market. Samples of Narrogin dolls at the Narrogin Courthouse Museum. Mr Burkitt became Town Clerk in 1924-1938

A porter at the original railway station. Helped sink the town's first well opposite the Duke of York Hotel. Cleared and formed the town's first roads, starting with Fortune Street. He fenced the first Show area between the Williams and Clayton Roads. Served as a councillor and, in later life recorded for 'The Great Southern Leader' fascinating reminiscences of early days in Narrogin and Williams.

Alf Jacobs was an eighteen year old student when enlisting in the First World War in 1916. Serving with the 15th Field Ambulance he was awarded the Military Medal for carrying wounded under heavy fire in 1918. He returned to Australia in 1919 to complete his medical degree and moved to Narrogin in 1942. He continued practicing in Narrogin until late 1975. He has his name recorded on a brass plate in the pavement of St George's Terrace, Perth as part of the WAY 79 celebration. He was a founder of the Narrogin Native Welfare Committee and campaigned strongly for Aboriginal rights. Dr Jacobs died in 1976.

Arrived in Narrogin in 1903 as an architect. Served as a Town Councillor from its inception in 1905 and was Secretary of the Roads Board Office 1915-1935.Designed the Roads Board Office 1903, the Town Hall 1908 and the War Memorial in 1923. Also the architect for the lesser hall, CWA Hall, various Shire Offices and several houses. He is commemorated in the Narrogin Courthouse Museum grounds.

Commenced his Doctor's Practice in Narrogin in 1911. Elected Mayor 1914-1917. Played a significant role by encouraging enlistment and was the Medical Officer for new enlistments. Strongly backed a move to create a memorial for local men who died in the war. Worked hard at rehabilitating men returning from the war. Supporter, surgeon and instructor For Railway Ambulance class from 1912 and St. John Ambulance from 1930. A staunch supporter of football in Narrogin. Known for his kindness and generosity, and when times were hard would say 'Just settle that account with watermelons or hay for the horse..' Mackie Park in Federal Street is named in his honour.

A tough, resourceful and kindly midwife. During the 1890s and early 1900s operated from her small home opposite the church in Doney Street. In about 1910 she had a stone maternity hospital built at 6 Williams Road and ran this until she left Narrogin in 1924. Both buildings remain. She was a fine horsewoman and at the age of 80 she rode in Perth during the State Centenary celebration in 1929.

The Newton House BBQ area in Gnarojin Park is a memorial to the Newton family who risked their lives in 1918 by giving shelter to a child with diphtheria after the hospital refused to admit her. Built on the site of the Newton's boarding house, it evokes a pioneer's home with its own special story of the pioneer spirit of courage and generosity.

Son of Albert Wheaten Manning (draper) and Emily Elizabeth Lightfoot 1924 entered the family business as an accountant (Manning's Department Store Narrogin founded 1911) and later became manager until 1949, then a Director of Foy and Gibson until 1955. 1966-76 he was Chairman of Directors Great Southern Roller Flour Mills and Statewide Savings and Building Society from 1969. 1932-41 Narrogin Town Councillor, 1947-51 Mayor of Narrogin Town council, 1956-74 MLA for Narrogin and Freeman of the Town of Narrogin in 1975. His ashes are at Narrogin Cemetery.

In 1953 the newly formed Narrogin District Native Council intended making a 'showplace' of the Native Reserve in Clayton Road. The 'humpies' were to be replaced with 'huts'. Mr & Mrs Mippy were the first aboriginal couple to receive the keys to a hut. They were handed the keys at their Silver Wedding Celebrations held at the Town Hall.
View photographs on Trove